The American multinational Apple on Thursday sent invitations to journalists for a “special event” at its headquarters in Cupertino (California) on September 10, in which it is expected that as traditional present its new models of iPhone phones i.e., iPhone 11 mobile.

“Please join us at a special Apple event at the Steve Jobs Theater in Cupertino,” says the invitation sent by the company to certain journalists who normally cover technological information, and quotes them on Tuesday, September 10 at 10.00 local time ( 17.00 GMT).

As usual, the company that directs Tim Cook did not specify what the event is going to be about, but every year Apple presents its new iPhone models in early or mid-September, so all the specialized media assume that it is this chance.

The information that has been leaked to date suggests that the new phone will be called the iPhone 11 mobile and that it will place special emphasis on the photo and video camera.

The iPhone is still Apple’s flagship product and its sales account for around half of the company’s total turnover, but in recent months it has seen how revenue from this product has slowed its growth or even gone to the It falls in different parts of the world.

At the beginning of the year, and having seen how in 2018 the predictions that for years had warned that the global mobile phone market had reached saturation began to be fulfilled, Apple announced a change of course in its strategy, which from Then it would focus on services.

The growth in this sector still does not allow to fully compensate the drop in sales of the iPhone, for which the company entered in the last nine months 14.92% less than during the same period of its last fiscal year.

Even so, the 109,019 million that the company invoiced for sales of the smartphone remain more than half of the total of 196,134 million entered, which makes its influence on the whole of Apple’s financial results decisive.

Are you spying on your mobile? So you can find out

iPhone 11: what you can expect from the new iPhone 11 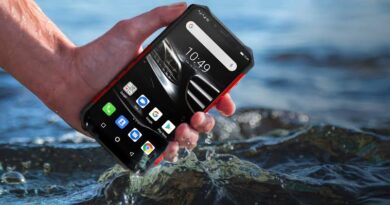