WhatsApp is the most widely used instant messaging application worldwide. That does not mean that it is the best, nor that it is what we have to use. And much less if our privacy matters to us, considering that it is a company – and service – owned by Facebook. If you are looking for alternatives to WhatsApp, there are and they are not few. So we review what are the main instant messaging services that rival WhatsApp, and what are the advantages they can offer us.

Telegram is the fastest instant messaging app that exists, allows you to create groups of up to 200,000 members and gives us the option to configure bots or share files of any format. And all this, with privacy options that go far beyond the end-to-end encryption that alternatives to WhatsApp use to protect our privacy and the content of our conversations.

Yes, it is also from Facebook
Messenger is the instant messaging system, the chat, of Facebook. He has long since become independent and is one of the most important in the world. Basically it is like WhatsApp, but it has advantages such as dark mode or use without knowing the phone number. It also has some mini-games that we can share with our contacts, and exclusive options such as ‘greetings’, among others.

It is an excellent instant messaging application, probably even better than WhatsApp. The problem is that, if we are looking for alternatives to WhatsApp, it is probably because we want to escape Facebook’s ‘networks’ and data control of Mark Zuckerberg’s company. If so, we should obviously discard this application before any other of which we speak in this article.

Read More:   OWASP compliance: How to move ahead

Surveys, chats with more participants …
They all start on the same basis and share most functions, and then have their particularities. LINE lets us do surveys on the chats, for example, to better program our plans with friends. And it gives us options that WhatsApp does not have, such as video calls with up to 200 people at the same time. And it also has a Timeline that works similarly to a social network, in addition to instant messaging functions.

Another feature is Keep, focused on allowing us to save important things for later and not to forget or lose them between conversations. We also have the option to call phone numbers that do not have LINE with special rates internationally, among other exclusive features.

Do you want to play with your friends?
In WeChat we can create conversations of a maximum of 500 participants, and we have ‘Stories’ that last 24 hours in the same way as on Instagram … or in the WhatsApp Status. Here there are official accounts that are dedicated to the distribution of information, of one kind or another, and we can find out about popular articles among our contacts. In addition, there are games, which is something we do not have available on WhatsApp.

Alternatives to WhatsApp more, with its peculiarities, and in this case of Chinese origin. Although WhatsApp is expected to be implemented soon, in WeChat a system that allows payments between contacts is already implemented. Ideal when we go out to dinner several, for example, and we want to make accounts after having paid only one of everyone else.

Read More:   Low-Code VS No-Code: When to Use What and How it Affects your App Development

A top-secret about your conversations
Again, an application that allows us to program the ‘expiration’ of our messages. The messages are self-destructing if we want, and we are protected by its end-to-end encryption system. Among its peculiarities is that it is an open-source application, or that it is the instant messaging application recommended by Edward Snowden, who leaked the espionage practices of the National Security Agency of the United States.

Basically, it is identical to WhatsApp, although with a different interface. And in the protection, security or privacy measures, it also does not differ with respect to what Telegram offers us. In addition, the truth is that something is behind Confide, which we address below, and that offers an additional layer of protection over our messages to prevent anyone from reading them if we don’t want to.

Confide is the only one of all these instant messaging apps that hides messages even on the screen. We have to click on them to be able to read them because otherwise, we will only see grey ‘bars’. It also has end-to-end encryption, and it has the same message system that self-destructs. Although our data passes through their servers, they are automatically deleted when they are read and, in addition, they cannot be revealed by point-to-point encryption.

Basically, again, a basic instant messaging application that allows us to share files, create group conversations and send multimedia content to any of our contacts. It does not have an extraordinary number of users, but if we seek maximum privacy it is likely that this application is the option that we should choose from among all those we have reviewed in this article.

Why you should consider stopping using WhatsApp

Just a few weeks ago we learned that WhatsApp already works on Facebook servers. The Mark Zuckerberg company has completed the migration from the IBM Cloud servers, so now the control over the service is absolute. So much so that Mark Zuckerberg himself recently announced the future merger with Instagram and Messenger.

But what’s wrong? The concern is in the control of data by the social network Facebook. End-To-End encryption is currently applied, which was implemented at the initiative of the founders of the instant messaging service. These same founders, due to the evolution in Facebook’s strategy since the purchase of WhatsApp, have left the company. 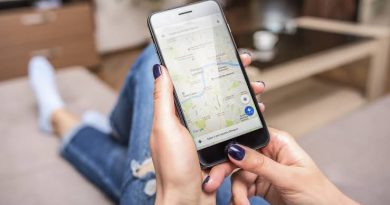