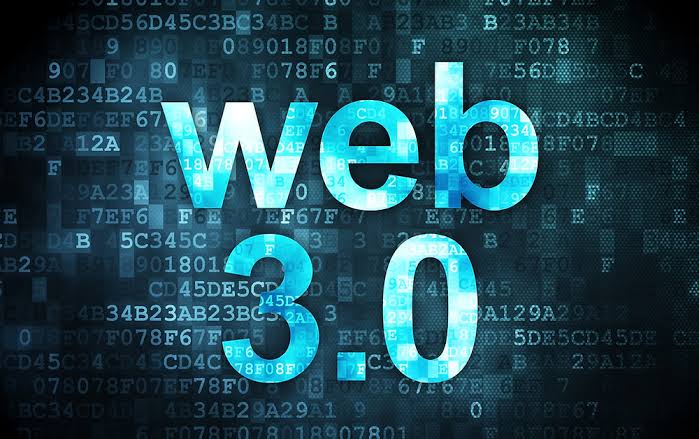 The definition of Web 3.0 hasn’t been coined yet. Therefore, we still have the luxury to wrap this nebulous phenomenon into manifold shells. For headline authors, Web 3.0 is the decentralized Internet of the future. For tech scions, it’s Silicon Valley’s latest identity crisis. For the unaware, it’s another ballyhooed term designed to attract investors.

But while we’re bickering over the exact definition, Web 3.0 is already having people injecting mind-boggling amounts into ape-themed digital tokens. So it’s very high time to address the unknown – what is Web3?

Down the memory lane

Before having the new frontier explained, let’s hop on the time machine and have an overview of all generations of webs. We will need that to explain the revolutionary approach of web 3.

So it all started with web 1.0. Web 1.0 is the first generation of the “World Wide Web”, which was premised on the Internet protocols TCP/IP. This allowed the user to surf the information expanse, obtaining any information accumulated in the resources of Web 1.0.

This period of Web development is characterized by the creation of static sites with HTML-hypertext links and non-interactive relations between servers and clients. Therefore, it went down in history as the read-only or content-delivery Internet version.

The term Web 2.0 is used to describe the next generation of Internet-based services. It has become an umbrella term for a wide range of applications that improve upon the traditional World Wide Web model, which consists primarily of static web pages.

Web 2.0 is a term that refers to the second generation of web application design, which is characterized by social media, wikis, and user-generated content. Web 2.0 sites are rich in that they are dynamic and interactive, with data residing on servers rather than being downloaded to the user’s computer or mobile device.

Therefore, this web iteration can be alluded to as they read and write web. But despite the participatory culture of Web 2.0, it presupposes a specific “intermediary”, i.e. a controlling platform In the process of data transmission. Today, it’s mostly FAANG companies that hold the lion’s share of Web 2.0, thus making it decentralized and less private.

Read More:   What is the difference between the internet and ethernet?

Web 3.0 represents the next generation of web applications and the Internet as we know it today. With the advent of new technologies, Web 3.0 has become possible, introducing decentralized technology to create a more efficient and secure internet for everyone in the world.

In layman’s terms, web 3.0 is the new web iteration that is decentralized, more secure, more immersive, and semantic. These properties stem from Web 3.0 being based on a wide range of cutting-edge technologies. The latter include blockchain and crypto, virtual and artificial intelligence, semantic web, AR and VR, IoT, and others. Let’s have a closer look at some of them.

Essentially, blockchain is the technology that enables Bitcoin. Later, it blossomed into a myriad of other potential applications, including Web 3.0.

As such, blockchain is a continuously growing list of records, called blocks, which are linked and secured using cryptography. Each block typically contains a hash pointer as a link to a previous block, timestamp, and transaction data. Being all interlinked, they form a single whole (a chain) that does not have a single owner. Instead, the participants collectively manage the blockchain database, hence the decentralization principle.

By design, blockchains are inherently resistant to modification of the data. A blockchain in most cases is managed by a peer-to-peer network collectively adhering to a protocol for validating new blocks. Therefore, it boasts higher security levels, being a safe and more private technology compared with traditional transactions.

So how does blockchain fit into the Web 3.0 continuum? First, it’s advanced security, of course. Second, you can think of web 3.0 as a collection of blockchain-based protocols that change the backend wiring of the internet. Also, web 3.0 would be managed by token owners, instead of a few A-list companies. Thus, if you have enough tokens, you have the right to vote on the network, manage, and change it.

Reddit, for example, is attempting to promote Web 3.0 by rolling out crypto tokens. The latter allows users to control subreddits as well as tip, increase voting power on polls, and own unique items related to a specific community.

A dominant narrative around Web 3.0 is the unmatched level of immersiveness that can be attributed to the prolific use of VR and AR technologies. Augmented reality is a technology that blends real-world physical objects with computer-generated elements in real-time. AR technology can be used on mobile phones, head-mounted displays, and glasses. Unlike virtual reality, which completely replaces the user’s surroundings with digital imagery, AR adds digital information to the existing environment or uses digital information to enhance one’s perception of their environment.

Virtual reality is a computer-generated simulation of a three-dimensional image or environment that can be interacted with in a seemingly real or physical way by a person using special electronic equipment, such as goggles. Virtual realities artificially create sensory experiences, which can include sight, hearing, touch, and smell.

Hence, both of them will serve as the meeting ground for the physical and virtual space together. Coupled with blockchain, these technologies can be used to program every single space of our cities and towns through protocols for spatial interaction. Thus, your parking lot will be secured by a virtual key that is limited to a specific group of people. Another example of AR and VR is an extended shopping experience that will take place in both worlds. For gamers, this tech blend will mean enhanced player experiences with supreme immersiveness.

If it’s your first time seeing the term ‘virtual intelligence’, you’re not alone. Essentially, it’s a type of artificial intelligence that is premised in the virtual world. You must have bumped into it when using Google Maps, smart speakers, or fitness applications.

Read More:   How can your organisation begin to implement ‘zero trust’ security?

Therefore, virtual intelligence is mostly responsible for the interaction with the user. Within web 3, it enables role-playing and social interactions. Artificial intelligence, in turn, will be used to enhance the semantic web and ubiquitous properties of the decentralized web. It will also be accountable for providing faster, more relevant data to end-users.

The Semantic Web is an extension of the current web in which information is given well-defined meaning, better enabling computers and people to work in cooperation. The Semantic Web provides a common framework that allows data to be shared and reused across application, enterprise, and community boundaries.

So how is semantic web or linked data valuable for us? Well, the Semantic Web refers to the next step in the evolution of the web, where data on the web is better integrated and more valuable to us as individuals. It’s about enabling machines to make sense of content on websites so that we can extract insights from it. In practice, this is possible thanks to adding machine-interpretable metadata of the published information, i.e, data descriptors so that computers can better understand what this or that piece is about. As a result, we’ll enjoy more accurate search results and customer experience journeys.

No Goodbye for Now

Web 3.0 is the next evolutionary step for web development, and it has been a long time coming. With so many new features being made available, it’s easy to see why this term is getting thrown around so much. However, we’re still in the very early stages when it comes to Web 3.0 and how everything will ultimately play out. We can only hope that this version of the internet brings us better security standards, more control over data, and more immersive and intelligent digital experiences. 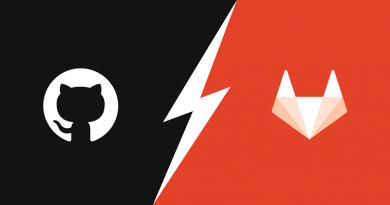 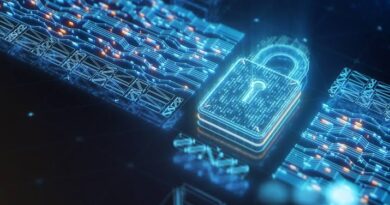 What Cyber Security Risks Are on the Rise Due to Work-From-Home Culture?

5 Elements of Checkout Page Design That Yield the Maximum Conversions