Smarter cities, digital identity and 5G networks. These will be some of the trending technologies that will set the pace for 2019, according to DAMO, the research giant of the Asian giant Alibaba.

It will be a year where progress will be made in the implementation of these technologies that are still incipient today. It will also be a year where security measures will have to be improved to avoid cyberattacks and optimize data care to protect user privacy.

The 5G network promises to be up to 100 times faster than 4G. According to DAMO, this will accelerate the development of 4k and 8k ultra high definition videos, as well as the advance of virtual and augmented reality.

This technology will also favour the development of the internet of things and autonomous vehicles where low latency (the reduction in the response time between sending and receiving an order) is essential.

Heterogeneous computing architectures, systems with more than one type of processor and integrated circuits with a specific application (ASIC). Everything aims to improve data processing, optimize energy efficiency and reduce latency, which is essential for the internet of things.

The computing architecture will be optimized to enhance the development of artificial intelligence and the long-awaited arrival of quantum computing.

These specialized chips could become the most relevant elements within the hardware used for training artificial intelligence.

Read More:   How to Develop Your Technical Skills

Machine learning is not only making them increasingly effective but increasingly “human.” Proof of this is the Duplex function with which Google surprised during the developer event, in May 2018. There it was seen that the virtual assistant could make a call and book a shift at a hairdresser almost as if he were a person. He was surprised by the naturalness of his voice, by the pauses and even doubts he expressed when speaking.

In 2019, attendees will continue to humanize to the point that, as anticipated by DAMO, they could even pass the Turing test in some situations. Of course, new challenges also come along with these advances, hence it will be necessary to establish new regulations and control mechanisms so that this technology is not abused too, for example, commit fraud.

It will also be necessary to improve the security of this equipment to avoid leaking conversations. It is worth recalling an incident released last December, in which Amazon sent an Alexa user 1,700 recordings of another person. Or when in May, an Echo device recorded conversations of a couple and sent them, also by mistake, to a person in the contact list of those users.

Attendees will be increasingly human, helpful and companions of humans who will use them both to facilitate their tasks, as well as to interact with them to feel more accompanied.

Read More:   Major Payroll Errors and How to Prevent Them

The use of deep learning techniques ( deep learning ) would resolve situations that previously could not be addressed. In this sense, one could begin to understand how the neural networks of AI make decisions.

This would allow to improve the training of the machines and continue towards an increasingly intelligent future.

One of the great challenges of this year will be to find alternatives to improve the quality of life in cities. In a context where there is an increasing concentration of inhabitants in small spaces, it becomes vital to improve waste management, optimize transportation and reduce environmental pollution, for example.

To solve these problems, it is important to have systems to analyze and better understand the needs of cities. Thus, they will increasingly use urban simulation models that, from computer platforms, will be able to accurately reproduce movements in real-time in cities. In addition, these systems will have predictive algorithmic models to better interpret unstructured data, such as videos.

DAMO concludes that, during this year, more money and resources will be invested in the development of applications to optimize these simulation models for the management of smart cities.

Technology will be developed to improve safety in autonomous driving. Something that is vital to install autonomous vehicles. It should be remembered that, following a failure, an autonomous Uber car ran over and killed a woman in Arizona, United States.

It is expected that in the next two or three years, this technology will be mature enough to be implemented in public transport and for automated package delivery.

Biometric systems such as facial recognition, fingerprint and iris reader are transforming forms of authentication.

This year will continue to expand this technology that is already used to verify identity, confirm payments or verify the income of people in the establishments. In the European Community, a border control system has already been developed that is capable of analyzing up to 38 facial microgents.

It is also possible that new forms of biometric authentication arise. There are already several lines of research that suggest using heartbeats and perspiration.

In this last year more attention was paid to the data: how are they compiled? How are they used? The biggest challenge now is to find mechanisms to take care of user privacy.

The economics of data requires that security measures be strengthened to prevent private information from leaking. In this sense, progress will be made in the implementation of systems to avoid cyber attacks and to expand traceability between systems.

Beyond the love and lack of love that bitcoin can generate, the truth is that there is something of this cryptocurrency that is here to stay: the blockchain.

Blockchain technology, used to validate transactions safely, began to expand. More applications are expected to arise based on this system, from electronic invoices to court records. The blockchain is already being used to make smart contracts, university degrees and even in the logistics field.

One of the benefits of the blockchain is that the blocks are intertwined to avoid modifying data that was already published and added to the chain. This gives the system greater reliability and transparency.

4 Reasons Why Every Smartphone Must Have a VPN 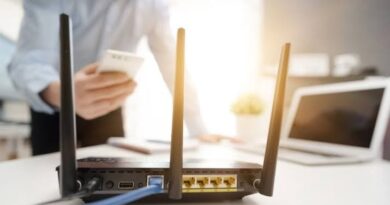 This Amazon product will boost your WiFi speed 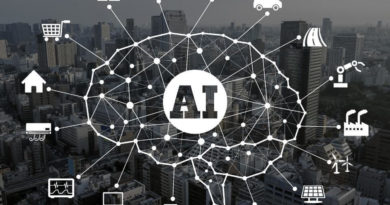