When Samsung introduced the first Galaxy Note in late 2011, it was something never seen before. The device sported a 5.3-inch screen, which was much larger than the iPhone 4S’ 3.5-inches screen, and included a stylus to write on the display. As the line evolved, Samsung put its riskiest and most innovative technologies — like its curved display and iris scanner — into the Note before expanding them to other devices.

The Note marked the start of the new phablet category of devices that merged phones and tablets. Many reviewers wondered if anyone would buy a smartphone with such a massive display. But they did. Anyone who wanted Samsung’s most innovative technologies and biggest screen sought out a Note, and a fervent fan base was born.

Pretty soon, every other company in the mobile industry introduced large-screen smartphones, even Apple. That’s where part of the struggle lies for the upcoming Galaxy Note 10.

Today, the phablet category doesn’t exist anymore because essentially every phone’s a phablet. While 5.3 inches seemed massive in 2011, it’s now tiny compared with the 6.5-inch iPhone XS Max, not to mention the 6.67-inch OnePlus 7 Pro or the 7.2-inch Huawei Mate 20 X. Samsung’s own Galaxy S Plus models are essentially the same size as the Note lineup (the S10 Plus and Note 9 both have 6.4-inch screens), and the designs are similar. So are the prices, with both starting at $1,000.

The Note family, which gets a new member when Samsung unveils the Note 10 at an event Wednesday in Brooklyn, New York, no longer features Samsung’s most innovative technologies. That title goes to the Galaxy Fold, the company’s upcoming phone that unfolds into a tablet. Even the Galaxy S lineup has gotten new technologies before the Note, including three camera lenses, the ultrasonic in-display fingerprint sensor and the ability to wirelessly charge other devices on the back of the Galaxy S10. The Galaxy S10 also was the first Samsung phone to come with a 5G option.

The Note is no longer the innovation leader, nor is it the biggest Samsung phone (though it could regain that crown with the Note 10). Its main differentiator is the S Pen stylus, and that’s not something every Note owner uses. With the Note 10, Samsung has to find a way to again make the device a no-brainer for power users. Otherwise, there may no longer be a clear need for the phone.

“The design of the Note is actually really close to the S line, so that differentiation has kind of gone away,” Creative Strategies analyst Carolina Milanesi said. “The question becomes, do you need both lines?”

Samsung — and pretty much everyone else — is having a tough time selling high-end devices. Phone prices are increasing, and people are upgrading less often. If someone’s buying a $1,000 phone with all the bells and whistles they can imagine, they tend to hold onto it longer than before. In the US, consumers now upgrade to a new model about every three years instead of every two. At the same time, software updates make old phones feel new, hardware designs aren’t changing much from year to year and less expensive devices are getting featurespreviously found only in pricey flagship phones. 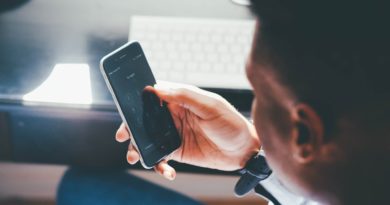 iPhone 11: what you can expect from the new iPhone 11