Everyone wants to have as many subscribers as possible, but with different goals and models to achieve it in each one. The proliferation of digital platforms of audiovisual content does not seem to end, which creates in the viewers a feeling that it is impossible to be aware of the entire offer. Disney and Apple, two giants of the entertainment and technology industry, will launch their streaming content services in November. And in 2020 the telecommunications company AT&T will release HBO Max as part of its telephony offer (as Movistar + does in Spain) and the NBC open network will imitate CBS with its own original content space. When the first two offers were announced, dozens of news headlines anticipated the end of Netflix leadership. The question is whether all these services compete in the same league.

“Despite being different, and in some cases even complimentary, and entering the market for different reasons and with different ambitions, the truth is that in the end, they will compete to attract and retain subscribers,” says Judith Clares, director of the degree of Communication from the Open University of Catalonia, who remembers that, even so, between the platforms there are differences in business, target audience, territory and origin.

“The starting point is that, of all the platforms that exist, there is none like Netflix, a company whose only business object is streaming content,” said Elena Neira, author of The other screen. Social networks, mobile and the new television. “Netflix makes money with a flat rate that provides streaming content on-demand. The rest are companies in which streaming is an additional business line to activities that are part of a large business conglomerate. This explains that obscene investment in Netflix content, ”he adds.

Read More:   How To Take Care of Your Grow Boxes?

Disney + will be launched in the US in November with a catalogue of its best products and the promise of numerous original series and movies based on its characters and the bottomless chest of Marvel and Star Wars. He will arrive in Spain in 2020. Disney CEO Robert Iger said in an interview with the NBC in August that his goal is to “make a dent” in a market where “there is enough space for both”, referring to Netflix.

Iger explained after the purchase of Fox by his company that they would focus the contents of their platform on the family audience and keep Hulu for productions intended for the adult audience. “For Disney, the goal is families, not just children,” says Neira. “We talk about an intellectual property that has an enormous capacity to travel generationally. It is a company that knows the full exploitation of its property because it is capable of capturing children since they are young with cartoons and gradually introducing them into more adult content, ”he says.

“Saving the distances, Disney + is going to leave in a similar situation in which Netflix was around 2013 when it started producing original content. It is impossible to reach the Netflix content rotation, but they have no need to do so, because the streaming is not their core business , “argues this specialist.” for Disney, the portal is a business line since it is present in film, television, music, games, finance and theme parks , “agrees Clares. that presence can give the most outstanding aspect of the supposed rivalry with other services: “The most interesting thing that will happen is the window, that is why Disney can profoundly change the rules of the game. What will happen when Disney releases a new Avengers movie? Will you wait for the traditional period to exploit subscription services? Will you respect the windows of the digital sale? Will sales continue to explode on pay-TV? Or will you take the opportunity to release it as soon as possible on your platform? The target audience already has it. “Disney is an option where you are looking for something very specific, Netflix is ​​a default option where you go when you turn on the television, “adds Neira.

Read More:   Choosing An LMS In 2020: Five Top Features To Look Out For

Apple’s case is also different. After several failed music and video projects, the creator of the iPhone will launch its platform in November worldwide with the intention of seeing its products on their devices (although they can also be enjoyed on desktop computers). “Its contents are a drop in an ocean of economic activity. They come out with seven original fictions that they are going to serialize, three episodes of departure and then once a week. They are not looking for an intensity of bestial consumption as Netflix pursues, which He is interested in the user being connected as many hours as possible, “explains Neira. “At the price of demolition [5 euros] and giving away the subscription if you buy a device of yours, that strategy is going to grow very fast,

For Amazon, streaming services content is an additional activity to your real business: online commerce. “They make money as a store to the point that they are giving away Amazon Prime Video [it comes by default when hiring the Prime option with free shipping and many people don’t know it has it]. The heirs of JRR Tolkien chose Amazon Prime Video to make series inspired by The Lord of the rings for, among other things, the possibility of selling millions of books, toys and films of the saga.

Any of the platforms could leave the streaming services business if it does not hit the key and remain successful with its true business objectives. Except for Netflix. 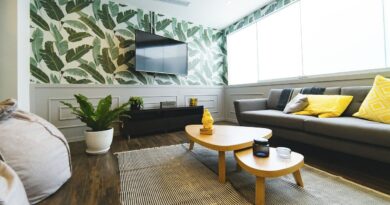 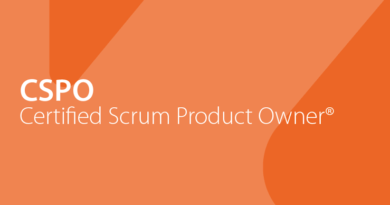