WiFi 6 technology has been available for a while, but it has not been until now when they have just presented their official certification. WiFi 6 is already a reality.

If you spend a lot of time connecting to the Internet it is really great news, because this new generation of Wi-Fi promises to be faster, more consistent and better than the wireless technology we use today.

Although the origins of Wi-fi date back to the 1980s it has had a lot of improvements, but most have been minor updates. However, Wi-Fi 6, also known as IEEE 802.11ax, is much more than that.

Like its most important predecessors (802.11b, 802.11a, 802.11g, 802.11n, and 802.11ac), 802.11ax represents a generational turning point for technology: a milestone that device manufacturers will support in the coming years in new phones smart, tablets, computers, routers, home automation devices …

Because the names of these various 802.11 standards have always been little commercial, last year, the Wi-Fi Alliance, the commercial organization that monitors and certifies Wi-Fi technology, announced a new name structure.

What is special about WiFi 6?

It will be up to four times faster than current Wi-Fi: As usual, when switching to Wi-Fi 6 from Wi-Fi 5, we will see a significant increase in data speeds, with a theoretical download speed of up to 9, 6 Gbps (gigabits per second) compared to 6.9 Gbps of Wi-Fi 5. Of course, those are the theoretical maximums that you would never see in real-world use, but nonetheless, 802.11-speed improvements as should be very remarkable.

Read More:   How to Develop Your Technical Skills

More devices: Will provide capacity for more devices, with technologies that include orthogonal frequency division multiple access (OFDMA) and multiple-input (MU-MIMO) for multiple users, which will provide a wireless connection Up to four times more devices on a single network.

Customize the network: The new connections will allow users to customize the use of networks when detecting the most efficient connection, for example.

When will it be available?

Since Wi-Fi 6 certification is now officially available for product manufacturers, it is clear that we will not have to wait long.

Devices such as the Samsung Galaxy Note 10 and Apple iPhone 11 are compatible with Wi-Fi 6, as is the next Google Pixel 4, along with new laptops, tablets and other devices that will be launched in the near future.

However, to enjoy any of the benefits of Wi-Fi 6, we will also need a Wi-Fi router that supports 802.11ax, which will soon become the standard technology in all models, except for the economic ones (although with the step of time, these too).

In reality, this means that it will be months or years before the benefits of this new technology are widely available and can be enjoyed by most of us. However, when we do, the Internet will be noticeably faster (depending on the limits of our home’s Internet connection, of course), and it will be easier to run more devices more securely.

This is all? Well, with Wi-Fi 6 output, it also means that Wi-Fi 7 is on its way and is expected to be available in approximately 2024. By then, many more surprises, at the technological level, await us.

Read More:   How to Search for People Online Without Much Info 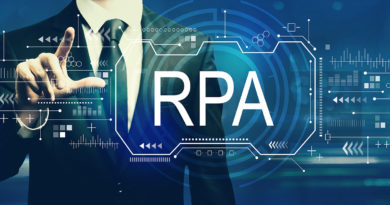 How to become an RPA Business Analyst

What do you do when you want to capture what’s on your computer screen and share it with others? No,

OWASP compliance: How to move ahead