Samsung Electronics on Wednesday introduced the new model of its Galaxy Tab S6, which comes accompanied by an improved S-Pen and a dual camera with an ultra-wide-angle lens of 123 degrees.

With the incorporation of the latest improvements in the new Galaxy Tab S6, Samsung’s S-Pen features remote control functionality and introduces ‘Gestures S Pen’. In addition, S Pen has a 0.35 mAh battery with a wireless charging system that offers up to ten hours of battery life after only ten minutes of charging.

makes handwritten notes with the S-Pen can be converted to digital text and exported to formats such as Microsoft Word with a single click. You can also create quick notes or sketches on the same screen while watching a video, adjusting the transparency of the Samsung Notes window.

In addition, Galaxy Tab S6 includes an improved version of Samsung DeX, allowing you to have an experience similar to a PC. A DeX function key has been added to the new Galaxy Tab S6 case keyboard and allows you to open and close this mode with the press of a key, as the company reports in a statement.

Samsung’s new tablet incorporates improvements in its dual camera (13MP + 5MP), which integrates an ultra wide-angle lens that allows users to capture landscapes as they see them with a field of view of 123 degrees, as wide as the human eye, as they indicate from the company. In addition, the neural processing unit allows professional photos to be taken through enhanced effects. The front camera, meanwhile, is 8 megapixels.

Samsung has also added the on-screen fingerprint scanner to unlock the screen. The protection of this device is complemented by the Samsung Knox security platform. In addition, this new model can be easily activated by double-tapping the screen, allowing you to log in and start working quickly.

As part of Samsung’s Galaxy ecosystem, Galaxy Tab S6 becomes a connected experience centre for managing devices through SmartThings. With the Bixby assistant, they can be controlled by voice commands.

Galaxy Tab S6 allows you to enjoy high-quality games through a combination of graphics, sounds, and intelligent hardware and software, through agreements established with gaming platforms such as Unity and Unreal Engine. The gaming experience also improves with its powerful processor and Game Booster mode with artificial intelligence capabilities.

Thanks to Samsung’s partnership with Discord, new chat features can be accessed in real-time through the Game Launcher. The gaming experience is completed with a 10.5-inch Super AMOLED display, four AKG and Dolby Atmos speakers, and a 7,040mAh battery.

Galaxy Tab S6 will be available with 6GB of RAM and 128GB of internal memory or with 8GB of RAM and 256GB capacity, and in two colours: Mountain Gray and Cloud Blue. It can be purchased in physical stores and ‘online’ at the end of August in selected markets 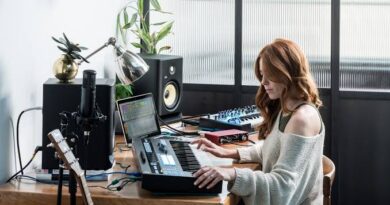 What Kind of Audio Interfaces Musicians Use? 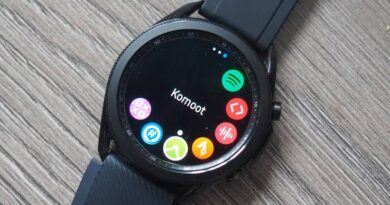