An intersection between decentralized ledger technologies and the world of gaming is one that most people have anticipated for a long time.

Some of the first attempts at integrating blockchain and cryptocurrencies with video games can be traced as far back as CryptoKitties, which was launched in 2017. The concept entailed a game where players could purchase, collect, breed, or sell virtual cats using Ether.

While the concept was interesting, it failed to achieve mainstream success as a result of scalability issues. Since then, there have been numerous other attempts that have been made to introduce a merger between decentralized ledger technologies and the gaming industry.

At the moment, the video gaming world seems to be warming up to the idea of using NFTs, cryptocurrencies, and blockchain technology to enable a play-to-earn gaming model, given the popularity of games such as Axie Infinity. Representing a $336 billion industry, the gaming space continues to grow and is now ranked as the world’s largest media and entertainment industry, even overshadowing sectors such as TV or on-demand music and film.

However, as the gaming economy grows, most of the gaming platforms are still highly centralized, and players who spend tons of hours playing the games hardly benefit from this giant industry.

Not only do gamers have very little control over the in-game assets they collect or win through tournaments in the game, but they also have limited options of monetizing the time and energy they spend playing the games.

Blockchain and Play to Earn Games

The business model of most gaming platforms is centered around the built-in in-game assets where the gamer has to purchase in-game currencies or assets to stay competitive within the game.

This model has made most gaming companies profitable as they get to control the production of the in-game assets as well as the market price of those assets. Essentially, the centralized gaming company controls the economy within the gaming platform.

Read More:   Can you really trust new online casinos to be safe?

However, through Blockchain technology, cryptocurrencies, and non-fungible tokens, control over the gaming economy of various games can be given to the gamers, thus allowing a play-to-earn gaming industry to thrive.

Simply put, if gamers allocate serious time, energy, and attention to the digital environments of gaming platforms, they should and could be rewarded for their efforts or time spent.

Blockchain technology has already proven its capacity to facilitate decentralized storage of value as seen with cryptocurrencies like Bitcoin. Through blockchain, cryptocurrencies can be traded just the same as physical fiat currencies but without the backing of any authority or jurisdiction.

The distributed digital ledger inherent to blockchains acts as a notary service that guarantees the authenticity of every coin or token that is transacted on the network. In addition, non-fungible tokens (NFTs) have also shown promise, especially in the digital art space enabling digital representations of unique valuable assets on the blockchain.

NFTs are different from cryptocurrencies in that they represent unique and valuable digital assets that can be owned and traded on the blockchain. As non-interchangeable assets, NFTs could be used to represent anything from buildings, cars, pets, art, and in-game weapons, amongst others.

In a video game setting, NFTs and cryptocurrencies go hand in hand where one is used in representing the unique in-game assets such as a car, a weapon, or an avatar, and the other is used as a means of exchange within the game.

Through these decentralized tools, gamers can earn NFTs and sell them for cryptocurrencies on secondary marketplaces for a price that is determined by the open market and not the centralized gaming company.

At its core, the true innovation of a play-to-earn gaming economy lies in the security, integrity, and authenticity of the in-game assets as well as the in-game cryptocurrency. Thanks to blockchain technology, in-game assets can (for the first time) transcend traditional custodial, proprietary ownership in the hands of a company or centralized entity to become truly decentralized assets with decentralized ownership among the community of gamers.

What Is Planet IX?

One such gaming platform that is built on a play-to-earn gaming economy to allow gamers to make a living by simply playing games is Planet IX.

Planet IX is a strategy game where the mission of the gamer is to explore a metaverse-like world designed to be identical to our very own planet. The game features a design similar to Decentraland, where players collect hexagonal-shaped pieces of virtual land called PIX using different strategies. The pieces of hexagonal land vary in terms of rarity and players who collect PIX in close proximity to one another get to mint new NFTs as a reward.

The virtual pieces of land in Planet IX are mapped 1:1 with our planet with each PIX having a unique ID. Altogether, the PIXs amount to 1 783 816 220, and each has a set value driven by its scarcity. Players can buy PIX, develop the PIX with other NFT based items such as a house, or even establish a business on the PIX where other players can visit.

As a virtual space, Planet IX espouses the ethos of the metaverse where users not only come to play but will eventually use the platforms to work, socialize and interact with Planet IX’s virtual environment.

In addition to PIX, the platform also comes with an in-game cryptocurrency called IX Token which is an ERC-20 token built on the Polygon network for increased scalability with each transaction.

The game’s metaverse design connects the physical and digital realms via real-world geolocations linked to the virtual environment that players create in-game. The parcels of land are divided and laid out on a grid thus offering players a more realistic perspective on how our actual planet looks like. Players get to create new in-game items on top of the PIXs, partner up with other players to build virtual cities and explore the endless possibilities built into the game.

Read More:   How Do You Plan to Capitalize on The Animated Video Opportunity?

Apart from trading on Planet IX’s marketplace, players can buy PIX through what Planet IX calls Pac Drops. These Pac Drops are delivered every once a week and contain a rich quality and variety of different PIX tiers. Players can also win tournaments within the game and earn PIX as well as IX tokens.

Planet IX also features a chapter where a new collection of NFTs will be revealed with each chapter thus allowing players to lay claim to the various unique NFTs in the chapter by winning tournaments. Planet IX even goes a mile further to promote sustainability campaigns with each chapter, thus bringing awareness of climate change to the gaming community.

The gaming industry is growing even as it continues to undergo radical changes thanks to the advent of blockchain gaming technology. As the world moves towards a web 3.0 internet, the metaverse will be an inevitable evolutionary step and first-movers like Planet IX are creating an ecosystem that will be the foundation for the future of blockchain gaming.

In a world where gamers can make a living simply by playing games, the possibilities for economic liberation will be endless. Decentralized tools such as cryptocurrencies and NFTs are making what used to be a fantastical idea into a reality.

Planet IX is just one of the platforms that are set to revolutionize the gaming world as we move into the metaverse. 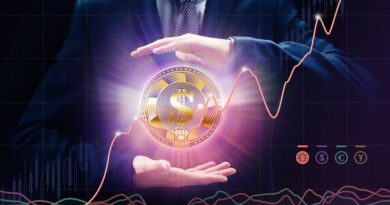 How to Make the Most of Your Crypto Investments 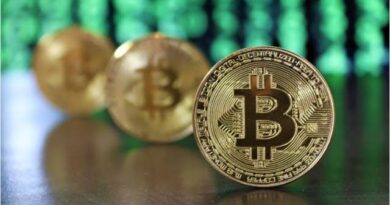 Things You Must Know About the Top Cryptocurrency – Bitcoin 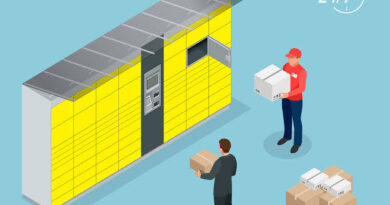