The rise in the global acceptance of smartphones and other smart gadgets may also mean the increase in cellphone spying. We are not saying that we are confident that someone is monitoring you via your mobile phone. We only want you to know that the government can, but they will need a court order for them to do so.

Cellphone surveillance or mobile phone tracking involves the bugging, tracking, and monitoring or recording of messages and conversations on a mobile phone. The term could also mean to keep tabs on someone’s movement via a cellphone tower. In most cases, spying software or tracking device needs to be installed or fitted discreetly for surveillance to take place.

Another issue that relates to cellphone surveillance is the government monitoring the internet use of its citizens. In the US alone, more than 63% of the citizens are against cellphone surveillance, and it is the same figure for countries all over the world, such as Canada, Germany, Spain, Australia, Brazil, Nigeria, and the Philippines. What this means is you should be careful and keep tabs on how much of your data is shared online.

There are countless cellphone tracker Apps and software designed to monitor and track calls, SMS, MMS, locations, and even social media activities of anyone. Parents can spy on their kids, and wives can keep tabs on cheating husbands. The scenario also plays out in factories and mechanical work settings where industrial safety is of importance. Here, the business will need to install devices that scan for radiofrequency and cell phone activity to avoid damages or injuries in the factory.

Aside from industrial use, it will be hard to convince anyone why the need for cellphone surveillance. It is an invasion of privacy to spy on my mobile phone, and not even my partner or the government should do so. It can be open for debate when there is a criminal case involved, and it is necessary to monitor the movements of the criminal as in the case of cellphone towers (like in the movies).

Law enforcement agencies make use of StingRay devices for mobile phone tracking. These gadgets are so reliable that the San Jose and San Francisco Police department and others in North Carolina make use of it. There is no denying that in most states, the security agencies can obtain secure data from your mobile device without getting a warrant first. They also can receive a court order to obtain more sensitive information from a mobile device.

The only way to safeguard against someone spying on your cellphone is to take preventive measures when using your mobile devices, especially with public Wi-Fi networks. While it may seem like it is useless to try and avoid government surveillance, there is a lot you can do, like to avoid using a cellphone. Even if you do get a satellite phone, the government can still track it, although they may not be able to turn off your calls.

While there are other ways the government and others have violated your human rights, it will help if one can use their mobile device without worry about hackers creeping over our every activity. A lot of sensitive information gets shared via messages and chat rooms, and it will be disastrous if this information gets into the wrong hands.

Read More:   Cyber ​​attacks generate an impact of 40,000 million euros in a year

Certain situations, such as when parents use surveillance on their kid’s online activity, and data usage, makes it difficult to kick against the need for surveillance devices. So it is best to conclude that cellphone surveillance will continue to be a problem as long as data and information get shared through mobile devices daily. 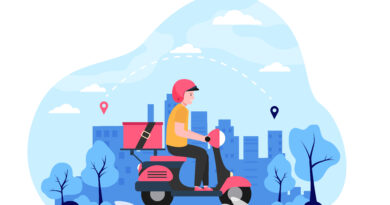 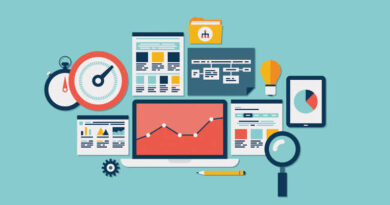 What is document management workflow all about?

Robots to Cobots – A Paradigm Shift