In the Museum of Computer History , which since 1996 has its headquarters in Mountain View, California, they have a complete website that allows us to visit it virtually and review the history of its facilities. From its content I highlight a phrase: “software is more than a cryptic computer code. It’s an art form: a meticulously crafted literature that allows complex conversations between humans and machines. ”

Communicating with our computer or with our smartphone is nowadays as easy as pressing some icons, opening menus, choosing an option from a list of actions … We can communicate with any deviceusing mice, keyboards, touch screens or even with the voice. But at the dawn of computing, talking to a computer was to introduce a punch card that represented orders in binary code. It was the only way to make us understand with the first computers.

Thus, programming is the way to communicate with an electronic device or, beyond, create the necessary tools for anyone to interact with that device. And as the Computer History Museum itself emphasizes, it was with Fortran that modern programming began as we know it now. We must not detract from the role of Assembler , the first language through code that opened the doors to the generic languages ​​that would come later, but it was with Fortran that the trail of languages ​​that we have seen during these decades to the present began. This is his story.

In the TIOBE index of the most requested programming languages, Fortran is still there, specifically in the 29th place of more than 100 indexed languages . Obviously, the kings are Java, C Python and other more modern languages, but that a language as primitive as Fortran is still alive has merit in a world, computing, in which everything progresses and happens so fast.

Read More:   How to create a free "pocket" Windows - ReactOS

Fortran was born in 1954. His fatherhood is attributed to John Backus , an American computer scientist who worked for IBM and who proposed creating a programming language close to normal mathematical notation. Acronym for FORmula TRANslation , the initial purpose of this language was to easily translate mathematical formulas into code that a computer of the time understood.

As a curiosity, the previous year, Backus had been working in another similar language called Speedcoding and developed for IBM 701 equipment. And among his previous work at IBM, he highlights his work on the SSEC (Selective Sequence Electronic Calculator) project writing a program that will calculate The positions of the moon.

Returning to Fortran, its specifications were ready in 1954, initially to run on IBM 704 computers , but it was not until two years later that the first Fortran manual was published and finally made public in 1957 at the Western Joint Computer Conference of the Angels. Curiously, there was an initial reluctance to adopt this new language instead of the assembly language (1949) to which they were all accustomed. However, Fortran made the task of programming more agile, eliminating the number of lines of code needed, so it did not take long to become popular. Not to mention that it was the first high-level language, which allowed us to program human language more naturally. In addition, it introduced the concept of compiler , which allowed to translate entire programs for different machines, something that was previously done by hand.

Some time ago I spoke in an article entitled BASIC, the first language for all audiences , that the BASIC language democratized access to computing worldwide, something that was previously restricted to engineers, mathematicians and other technical professions. This at the level of microcomputers, the computers that began to emerge from the 70s. But before the so-called microcomputers, the computers of that time, larger, were also restricted to a small group of professionals. With Fortran, anyone could learn the necessary commands to create a program and give it to the computer to run. It wasn’t as easy as programming a microwave, but it was a great evolutionary leap.

The team led by John Backus and that made the Fortran language possible was mainly composed of engineers, programmers and mathematicians and, as a curiosity, a cryptographer and a chess expert. In subsequent interviews, a team member, Richard Goldberg, came to say: “we were the ‘hackers’ of those days.”

For the first time in the history of computing, it was the software that took all the prominence after several years in which the machinery and its constant evolution starred the headlines. Fortran changed the landscape and made with the same computer tasks could be performed more efficiently, since the necessary code was written in less time and did not require such specialized profiles. Fortran’s success was such that John Backus was awarded in 1975 with the United States National Medal of Science and in 1977 he was awarded the Turing Prize of the Association for Computing Machinery .

The legacy of Fortran

If we consult a genealogical tree of programming languages, in most of them Fortran appears as the first and from it all others appear. One of the most complete can be found on the IBM page dedicated to its 100 years and that offers a large amount of material on how computing has evolved throughout this time.Board game inspired by the Fortran language. Source: Computer History Musem

Read More:   Chatbots: The Ultimate Solution To Help Your Business Thrive This Year

It is not that there is a direct relationship between some languages ​​and others, but in these genealogical trees languages ​​are related based on the similarity and influence that some have had on others. For example, Fortran emerged from languages ​​that later had great projection, such as Lisp (1958), COBOL (1959) or ALGOL (1958). In turn, from these emerged others and thus in an infinity of branches that reach our days.

He said at the beginning of this article that Fortran is still alive and is among the first 30 programming languages. We can find abundant bibliography related to Fortran, both ancient and modern manuals. In the network, for example, there are very complete resources such as Fortran Wiki , where it explains everything we need to know about Fortran, its different standards and other relevant information. 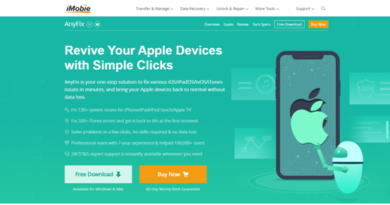 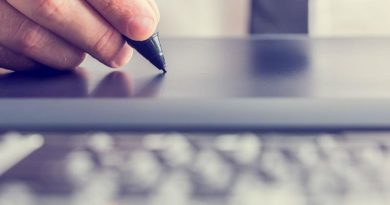 How to Utilize Electronic Signatures for Salespeople 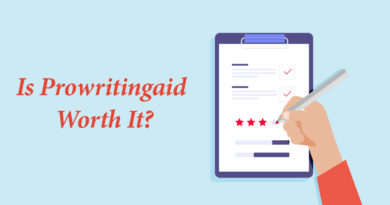 Is Prowritingaid Worth It?

iPhones are used by many people these days, and it has become the most popular among youngsters. They love to

How to Design an Online Food Ordering Website for Growing Takeaway Orders?