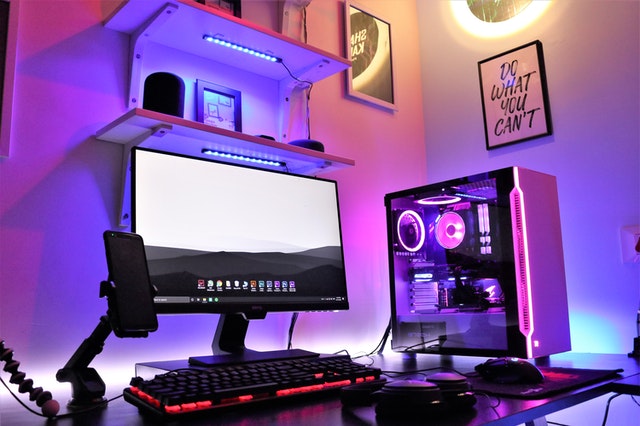 Nothing lasts forever, and this is especially true of gaming PCs. Gamers spend a lot of time and money on their setups, often building their computers themselves, so it can be difficult for them to admit that it’s time to buy a new gaming PC.

However, it’s important to replace a gaming PC before it dies completely, so you’re not left without a machine while waiting for a new one to arrive. This means it’s vital that you know what the signs are that you need a new desktop.

What is the average lifespan of a gaming PC?

A gaming PC that is future-proofed at purchase will likely last at least five years. If you look after it, it may last longer than that. However, they are not built to last forever, and gaming is a more intensive process for many machines than watching videos or using word processors.

The Blue Screen of Death (BSOD) is a well-known sign that a PC is nearing the end of its life. It is possible to prolong life from a BSOD by understanding what caused the error and either replacing the appropriate components or removing any software that may be causing issues.

However, while you can give a gaming PC some extra time this way, it’s often the case that if there is one error, more are on the way, so it may be time to start thinking about getting a new gaming PC.

2. You spend as much (or more) time fixing it than using it

This is a sure way to know that your PC is on its last legs. If you spend more time fixing something than you do using it, it’s not just clearly reaching the end of its life, but it’s also not fulfilling its purpose. If your gaming PC needs more time dedicated to repairing it than you get to game on it, looking at alternative options will give you more time for your hobby.

If your PC is overheating, it will shut down automatically when it reaches the maximum operating temperature. If this is infrequent or happens on a very hot day, it’s probably not a sign of concern, but if you feel like your gaming PC is consistently running at higher temperatures than it should be, you will be putting more stress on the components and reducing their lifespan.

One way to tell if your PC is overheating is to listen for the fans, if they seem to be spinning very fast or loud even when the PC is idle, that’s an indication that it’s overheating. However, if you have a silent case or fans, you may not notice this.

There are also various programs you can install, some of which are part of the PC when you get it, that measure the temperatures of the various components. Keeping an eye on these can show you if your PC is consistently running at a higher temperature than it should be.

Artifacting is an issue you can experience when your graphics card (GPU) is at the end of its life. It’s often caused by overheating, and while it can be fixed temporarily by reducing the temperature of the GPU, you’ll find that you may have to replace it. In some situations, like if there is a shortage of graphics cards, which increases the price, you may find that buying a new gaming PC is more cost-effective than buying a new graphics card.

5. Your PC is slowing down

If you find that you can now make a cup of tea while you wait for your computer to boot up, or you have time to scroll through social media while waiting for a game to load, your computer is slowing down to the point where you should consider getting a new one. This is especially true if you have already been through the process to keep the PC clean, both physically and in terms of software.

As mentioned above, your fan getting louder could be a sign of your gaming PC running at higher temperatures consistently, and can be a sign that long-term damage is being done to your components.

However, that’s not the only sound you need to be wary of. Anything out of the ordinary, like unusual clicks and grinding sounds, can be a sign that you need to consider your options in terms of new gaming PCs as your current one is near the end of its life.

7. You can’t install the latest updates

Even with the minimum specifications, you may find that that isn’t enough in the long-term as many operating systems provide an update service over time, to keep up-to-date on security issues and fix any bugs.

8. You can’t play the latest games

Games are becoming more and more resource-intensive, so you need to make sure your computer can run them at the quality you want before buying and installing them. If there are a lot of games you can’t run on your machine, you’ll need to start thinking about investing in a new gaming PC.

You might find that an older PC will struggle to run the latest AAA games. The minimum specification requirements for various games will often not be enough to experience the game as it’s meant to be played. You will need to put the graphics settings as low as possible and loading times will be longer.

9. You’re running out of space

Games aren’t just getting more resource-intensive, they’re also getting bigger. If you have limited storage space on your gaming PC, you may not have enough space to have all of the games you want to play installed.

While external storage is an option, a new gaming PC will give you more options in storage given the advances made in solid state technology in recent years, with solid state drives becoming bigger, faster and cheaper. This means your games will load quicker and you’ll be able to have more of them installed, giving you more options of what you can play.

10. It costs more to upgrade than replace

If you need to upgrade multiple components of your gaming machine, you may want to replace the whole thing. Looking at pre-built machines in comparison with the individual components you want to upgrade will give you an idea of how cost-effective upgrading might be.

One thing to bear in mind is that if you upgrade some things at a separate time to others, your gaming PC will potentially suffer issues with other parts failing and needing upgrading. A new gaming desktop will have all parts under the same warranty, and you won’t have to worry about whether you need to upgrade your memory if you’ve just upgraded your graphics card.

Read More:   The Next Big Trends in Communal Gaming

High-performance PCs are expected to be excellent multitaskers, especially by gamers. Many gamers expect a gaming PC to be able to run a resource-intensive online game, a program to talk with friends, such as Discord, and other programs like internet browsers, streaming programs or more, all at the same time.

If you notice that your computer starts to struggle while you’re multitasking, it might be worth investing in a new gaming PC. Having to close programs you usually have open or not be able to talk to your friends while playing an online game can have a negative effect on your experience, and might even stop you from playing games you enjoy or doing an activity like streaming if you can’t run enough programs at once.

12. Your gaming performance is affected

If you play competitive online games, you may find that as your PC slows down and you get closer to replacing it. This can mean that you aren’t able to react to events in the games you play at the same speed, or that your movements and decisions take longer to show up on the screen.

Once your gaming performance is affected, you’ll find that you enjoy those games less because your PC is older, slower and more likely to cause you problems. It’s at this point that it’s important to invest in a new gaming PC so that you can continue to enjoy your hobby as much as possible.

Keeping an eye on the health of your gaming PC is vital to prevent you from being without one. From watching the temperatures of the internal components to listening for unusual noises that could indicate that it’s near the end of its life, knowing the telltale signs of the end of a gaming PC’s life will help you in the long run.

From slowing down and affecting your gaming performance to being unable to run more modern games, there are a variety of ways to tell that your machine needs replacing.

Whether you run out of storage, your graphics card starts artifacting or the PC starts having BSODs regularly, it’s important to be able to let go of your current computer and invest in a new gaming PC when the time comes.

Rachel Gowland works at digital marketing agency, Tillison Consulting. She’s a passionate gamer and avid reader who loves to travel, using her knowledge of foreign languages to connect with people around the world. 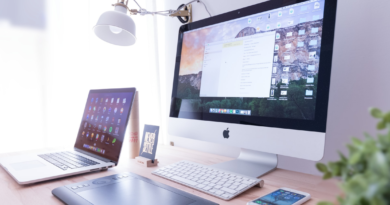 Does the Device Change the Experience? Gaming and Online Casinos

Important Things to Look for When Choosing an Online Casino 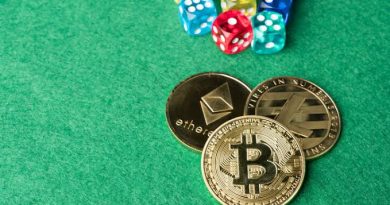 How to Find Casinos that Accept Cryptocurrencies